I can only apologise for my profound lack of blogging, and suffice to say, I'm feeling rather sheepish. Many many things have cropped up over a rather busy year which have prevented me from keeping this up...until now!

So let me start with a brief catch up of my second year at Uni, which I have finished. I originally planned to restart this many a time but never quite got round to it, partly due to the large number of assignments that were being thrown at me left, right and centre. Having finished those and receiving all of my marks (I've passed the year with a barely scraped 1st, very pleased) I decided to get involved with the annual UCF (University Centre Folkestone) Musical, applying to be in the Stage Management team. Having studied both Production Techniques and Stage Management as part of my course this year, I've found that I've really enjoyed these subjects and am very much considering a career in this kind of work. Having Stage Managed a devised piece for one of the Third years (Link here: https://www.youtube.com/watch?v=tqczYHSpOd8 I highly recommend giving it a watch, the entire thing was written and directed by a very talented student who has just graduated) and helped back stage with a number of different shows which the University have put on, the Musical would definitely be the biggest I have done.

This years chosen Musical was 'The Witches of Eastwick', one that I had previously heard of and became very excited about! Needless to say, I was not disappointed. Despite the huge stress levels and bruises it entailed, it has been by far one of the most fulfilling and fun things I've done for a while, and has made me many new friends. For those interested, more pictures were taken by Jason Dodd and can be found here. 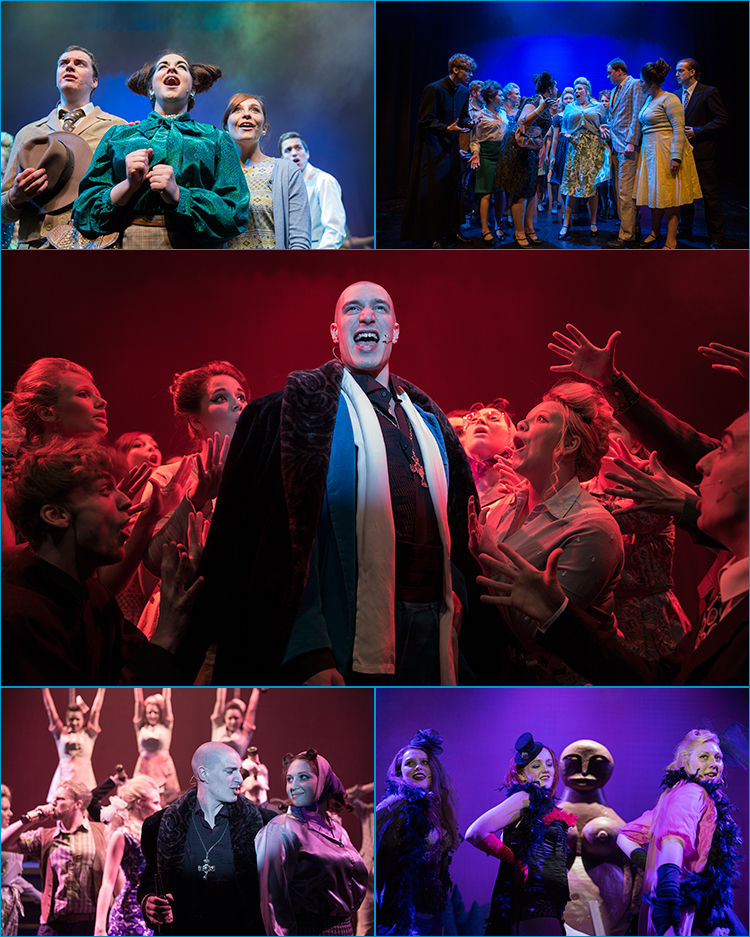 All in all, the whole thing was a wonderful way to say goodbye to not only the students leaving this year, but to the UCF campus as we are all moving to Canterbury. It's been an emotional rollercoaster, but well worth it (though it is nice to sleep again).

Perhaps this post was a little short but I'm tired. I am off to London from tomorrow for a few days to visit the Harry Potter Studio tours and to watch Matilda the Musical, which I hope to blog about when I get the chance! I would like to thank my little sister for getting me back into this finally (though it's now beginning to sound like an Oscar speech), and just a bit of shameless promoting, her blog is here. Give it a read, she'd be ever so grateful!

Posted by Chased By My Imagination at 00:18