So I didn't quite manage all seven of my planned reads, which is pretty usual for me actually. On average I tend to manage about five books a month, and that's exactly what happened this September! There have been some great reads this month though, so I'm glad to have managed what I did!

This month I have read three books for Pretty Deadly Review's Backlist Challenge, bringing my yearly total so far to thirty five. This month's reads were:

This month I have read one book for Falling For YA's Netgalley & Edelweiss Challenge bringing my yearly total so far to thirteen. This month's read was:

- 'The Gospel Of Loki' by Joanne M. Harris

This month I have gained sixteen points for Novel Heartbeat and Writer Grrl Reads' Prequel & Sequel Challenge, bringing my yearly total so far to sixty. This month's reads were:

This month I have read two books for [un]Conventional Reviews' New Releases Challenge, bringing my yearly total so far to twelve. The books I read were:

This month I have read two books for Daily Prophecy's Retelling Challenge, bringing my yearly total to nine. The books I read were:

- 'The Gospel Of Loki' by Joanne M. Harris
- 'The Star-Touched Queen' by Roshani Chokshi.

I also updated my Bookish Bingo card and have the final results for my Story Sprites challenge board! 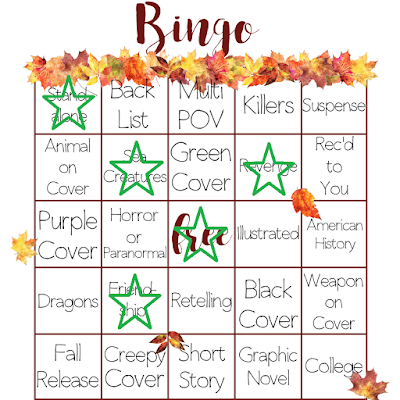 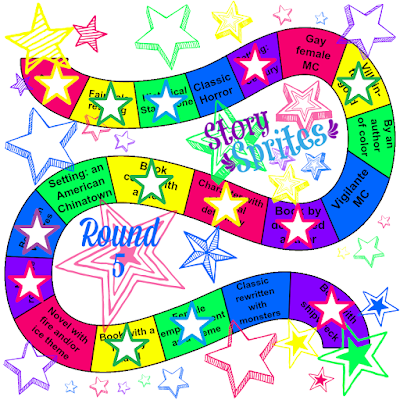