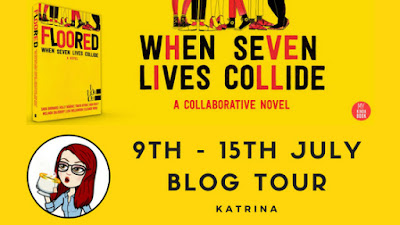 That's the line I've drawn inspiration from for this post, and it's also the name of the character that the chapter this line is from focusses on. I really liked the opening section of Velvet's first chapter because it's really about her unusual name, and the kind of reactions she gets as a result.

My name also produces a lot of reactions.

- "Where are you from? Oh...Britain? But Katrina is an Indian/ Irish/ Greek/ Scottish/ Polish/ Martian name. Are you sure you don't have family there?

- "Katrina? Spelt with a K?" *disapproving glare, proceeds to ramble on about the number of people killed and injured in various parts of the world during Hurricane Katrina, somehow insinuates that it's all my fault.*

- And...my least favourite? "Katrina? Oh like--" *proceeds to sing, dance to or hum the tune of Walking On Sunshine by Katrina & The Waves*

But it got me thinking a lot about what I could do with this post, as I've already reviewed the book here. And in an effort to give a spoiler free way of getting to know the characters a bit better (and get Walking On Sunshine out of my head) I decided to pick seven songs that I think represent the characters in the book or a situation they face, and the book as a whole, without telling you guys which characters they represent.

So here they are!

1) 'My Father's House' by Bruce Springsteen.

6) 'The Blower's Daughter' by Damien Rice.

Well guys, I hope you liked my list! If you've read the book, I'd love to hear your ideas on which songs match which characters and why! If not, then I thoroughly recommend it, it's a great book!

Also, I'm part of a week long blog tour with six other blogs. Please feel free to check out their posts too! The schedule below will let you know if you've missed anything and what's to come! 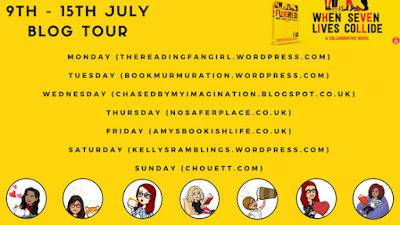 Posted by Chased By My Imagination at 10:00