I'm pretty proud of how many books I managed this month, considering as well that I went on a two week holiday and didn't necessarily have a whole lot of time for reading (especially when I went to Paris). In the end though, I got through 5 of my 7 chosen reads and have started number 6, so I think I made pretty good progress. Hooray!

- 'Midnight Crossroad'
- 'Between The Lives'

And here is my Bookish Bingo update! 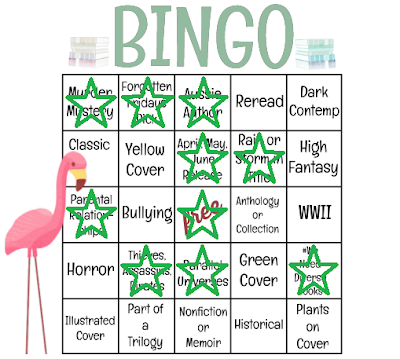