Here it is folks, a post dedicated solely to my time abroad! I warn you all, it's going to be a long one full to the brim of photos and details of my adventures in Crete during my first week away. If that doesn't sound all that interesting to you (I am fully aware it might not be) then feel free to skip this post and the next. This is of course Part One, and the next Part Two will talk all about my adventures in Paris, which I also look forward to sharing with you guys! 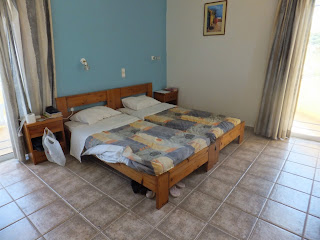 We actually left for the airport on Saturday 2nd May, rather late at night. Mat and I decided that because we had a very early flight, we didn't really have time for sleep so we got to London Gatwick after midnight (on Sunday morning) and had a two hour power nap before starting our journey through baggage drop and security. We left the country at around half 5 in the morning and to be honest, I slept through the entire 3-4 hour flight because I was so tired. When we landed, the transfer to the hotel ended up being a very long wait, so we actually didn't get there until gone 2 o' clock in the afternoon. The driver dropped us off in the wrong place too, so by the time we found the hotel and were given our rooms we had been through quite the travelling ordeal and were totally knackered. We had planned to do a bit of exploring but instead, we slept. We did however find time for dinner and booked the excursions we wanted for the rest of the week! 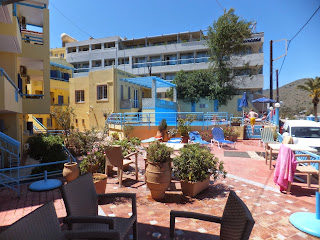 We purposefully didn't book any excursions for Monday because we knew we would still be really tired, so we took a look around Georgioupoli (the place that we were staying). The village was actually rather nice and had a gorgeous little plaza with plenty of shops and restaurants nearby. While we were having a look around, we decided we would make use of the spa facilities in the hotel so booked some time at the end of the week in the Jacuzzi and a foot massage for myself because I have awful feet and I figured they would be hurting a lot by the time Saturday came around. All in all, a slightly lazy but relaxing day where we got to know the place we were staying a little better.

Our first excursion was on Tuesday where we ended up waking quite early in the morning to wait for the coach, only to find that it was late anyway. On the way to our first stop, Preveli, we got out for a quick photo stop of a lovely gorge (there are numerous gorges in Crete and it was beautiful). There were two stops in Preveli: the first was a Monastery that was not only very pretty, but kept quite an array of animals, and the second was the 'Palm Beach' where we walked along a gorgeous trail to admire the local flora, then relaxed on the beach for a while. The tour guide also provided us with some local food and drink and taught us a bit of Greek dancing, which was a lot of fun! We then stopped off at Matala, a place renowned for being the home of a Hippie community for a long while, and we found that the town itself has really embraced that history. Phaistos was our next stop, the archaeological ruins of the Palace of King Radamanthis (Minos' brother). It was an interesting site, especially as I am deeply interested in Ancient Greek/Minoan society and Mythology. Spili was our last stop, and we were only there for a twenty minutes or so. There are springs there, where it is said that women must drink a cup from every one if they want to get married! 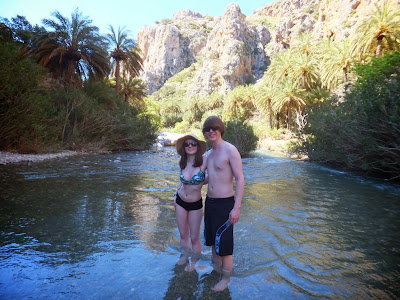 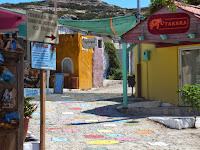 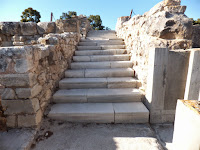 Wednesday's excursion also involved getting up early, but by this time we had recovered from our all-nighter on Saturday. The bus took us to Heraklion, the Capital City, and we went to the Archaeological Museum. A lot of the exhibits were really interesting and gave a fascinating insight into Minoan History, especially as a lot of the artifacts were really well preserved. We bought ourselves a Minotaur statue while looking around a few shops, then travelled to Agios Nikolaos for lunch, which was a very pretty village indeed. After that, we travelled to Elounda Bay where we could have gone to Spinalonga, a small Island that is famous for the Venetian Settlement later inhabited by the Turks and a Leper Colony. In fact, a fiction work named 'The Island' by Victoria Hislop promises to be a moving read on the subject, or so I am told. Instead of going to Spinalonga however, Mat and I stayed in Elounda and sat on the beach for a while, taking in the gorgeous views of this lovely village. Our final stop of the day was the Palace of Knossos, yet another Archaeological site but this time for the Palace of King Minos himself. The myth 'Theseus & The Minotaur' was obviously in the forefront of my mind here, and the tour guide gave us an interesting and detailed history of the place. 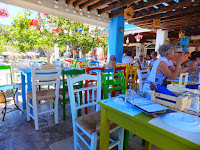 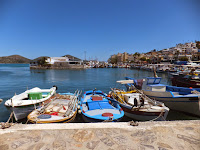 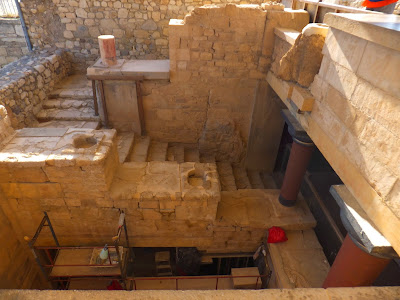 We didn't have to get up quite so early for Thursday's day out which made a nice change. After getting on the bus, our first stop was at Lake Kournas for a little while, where we could take some lovely photos of the view. We were told that at certain times of the year, Turtles would lay there eggs there. After Kournas, we moved onto the town of Chania, where we stayed for quite a while and were allowed to go shopping and take in a lot of this beautiful city. There were markets, and a lovely port here to admire. We took the time to do a bit of souvenir shopping here as well. After a short stop on the bus for bread and olive oil, we reached our final destination: Elafonisi. Often the sand will have a pink tinge because the wind blows coral onto the beach. It's the home to a very shallow lagoon too, with warm water which was nice to wade through. 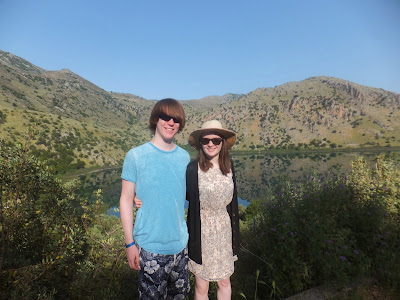 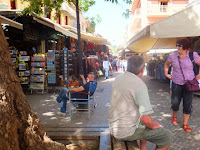 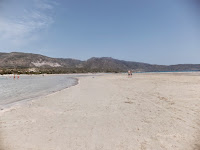 Onto Friday, our final excursion and this one was less about sightseeing and more about relaxation. The coach took us to two 'paradise' beaches, Gramvousa and Balos. Gramvousa was home to another Venetian Fortress, but Mat and I stayed at the beach mostly. when we arrived inn Balos, we took a smaller boat out to the beach and stayed for a while to relax. Unfortunately both places were very windy, so we spent a lot of the time being buffeted by sand, but the views were well worth it. I got a lot of book reading and puzzle-finishing done too! 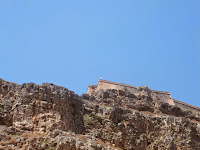 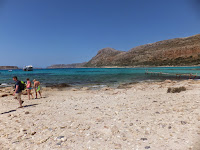 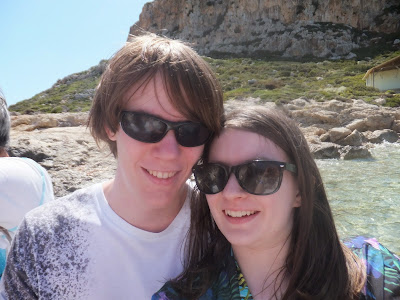 Our final full day in Crete was mostly a day of rest for Mat and I. We went to the spa that we had booked into earlier in the week, and I got my feet massaged before we spent some time in the Jacuzzi. It was well worth it, I can tell you! Afterwards, we went back into Georgioupoli to finish our souvenir shopping and look around for ourselves too. I bought another statue, this time of Apollo (I already have Artemis at home from when we went to Corfu) and then we decided to go for a bit more of an explore. We walked further into the village and discovered a gorgeous little dock that was right by a rocky walk into the sea to a mysterious looking chapel at the end. We walked it and found that it was actually a pretty little shrine to Saint Nicholas, who seems to be well honoured by the people of the Island. The rest of the day was spent packing for the next day's trip home. 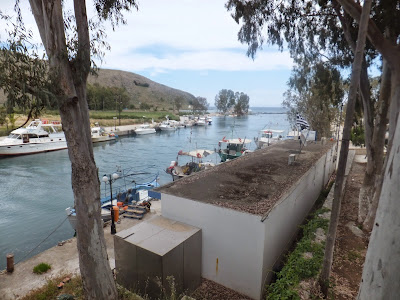 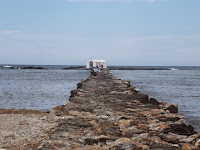 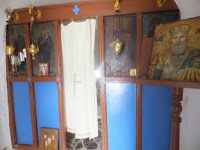 On Sunday 10th May we made our way back home, and got back to our flat safe and sound. We actually arrived mid-afternoon, so had a little bit of time to sit down for a cup of tea and relax for the afternoon. We had such a lovely time in Crete, and I found it hard to get my head around the fact that I would be off again mere days later to Paris. The temptation to blog was almost too much for me but a hiatus is a hiatus I'm afraid! See you in Part Two!

Posted by Chased By My Imagination at 13:42