Oh my goodness, where on Earth did August go? There's quite a lot to cover in this post, though I didn't get nearly as much reading done as I had hoped! I managed to read all 3 of my intended challenge reads, and the same for my Netgalley reads too! My sacrifice was that I didn't get to read a single one of the six I had picked out as extra.

7 books in all this month too (just like last month). I'm trying so hard to speed up but I had a few lapses this month. Let's see how well my Bookish Bingo card is doing... 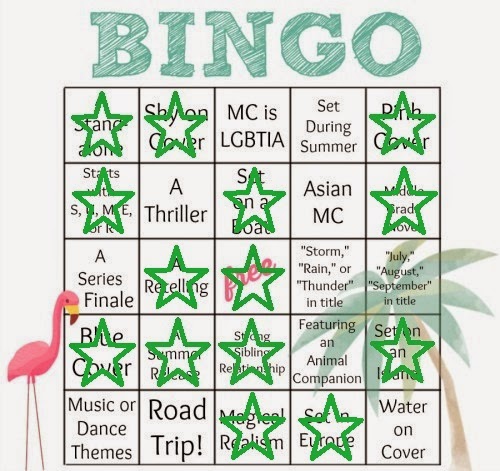