This month has gone a little better than I expected it to, especially since it took me quite a while to read 'A Storm Of Swords: Steel & Snow', but I've made it and I've managed a fair few books this month (good and bad). I managed five of the seven planned books (including my crossover read) and all things considered, I think that's pretty good!

I'm pretty pleased with my second month of reading and look forward to seeing if March can be even better! My Bookish Bingo card is also filling up nicely, and here's my progress update! 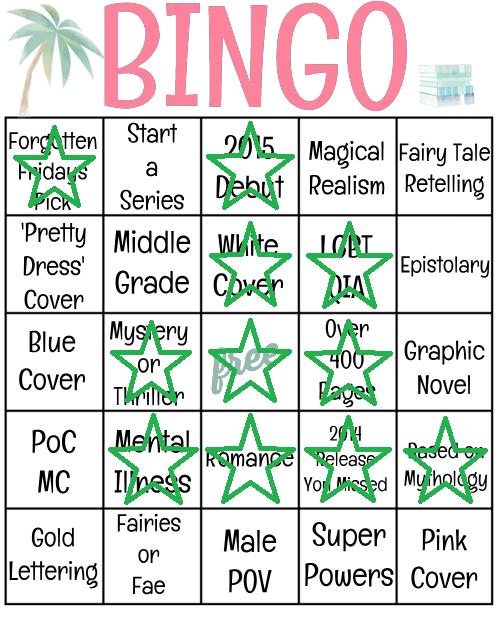