Book Review: The Poison Eaters And Other Stories; Holly Black

It didn't take me long to get through this collection of short stories, which I'm glad about because I've been really keen to share my thoughts on these as I've read more and more. I decided I needed to read them after hearing that one would be set in the same book universe as 'Tithe' which I was eager to hear more from. Thank goodness I did! I am using this book for a couple of challenges too so that fits in with this month's plans quite nicely. This month's 'Monthly Motif' is Short & Sweet, and so a collection of Short Stories is the ideal entry! Also, the number of pages in this collection falls below 300 so that's one more entry for the 'Quick Fix challenge'.

Poisonous girls whose kisses will kill. A fateful eating contest with the devil. Faeries who return to Ironside, searching for love. A junior prom turned Bacchanalia. In twelve short stories, eerie and brimming with suspense and unexpected humour, Holly Black twists the fantastical creatures you thought you knew in ways you'll never expect.

What I Disliked:
Overall Conclusion:
A really nice collection and certainly on the more enjoyable end of Short Story collections I have read. Yes, there were some stories that I didn't enjoy so much, but the ones that I did more than made up for this. Black has a really unique spin on the Supernatural world (something I discovered when reading 'Tithe') and it was nice to see her cover a wide range of creatures and topics. The characters were very strong and a good number of these stories, if expanded upon, would make really nice stand-alone novels. I think that in itself is impressive and Holly Black did a really nice job here! 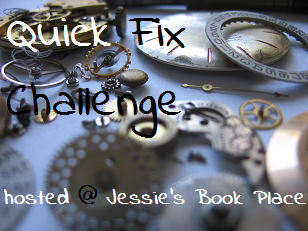 Posted by Chased By My Imagination at 16:57