Summer is here...Or at least it should be! 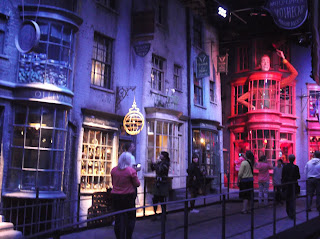 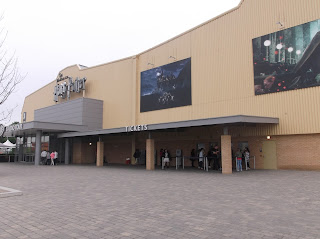 A lot has happened over the last couple of weeks, since my last post! First, my trip to Harry Potter Studio tours! I had been looking forward to it since we'd booked it, particularly as it was booked for right after my rather stressful stint backstage for 'Witches Of Eastwick', and would mark the start of my frankly well deserved Summer Holidays.

I was not disappointed. I was taken aback by just how much work had gone into the films (and trust me I had imagined it big), and the staff that worked there were ridiculously knowledgeable. We were told at the beginning to test them so at one point Mat asked a girl why there was an 82% scale model of Dumbledore, and she told us it was created for Dumbledore's Funeral, in which Hagrid was going to carry him, which was later cut from the film. I was so impressed with everything I saw there (except when I unknowingly walked underneath a very real looking Aragog) and found it all so interesting! If you're ever in Watford or have been umming and ahhing about it, then go! You won't regret walking through those huge great double doors, I promise! 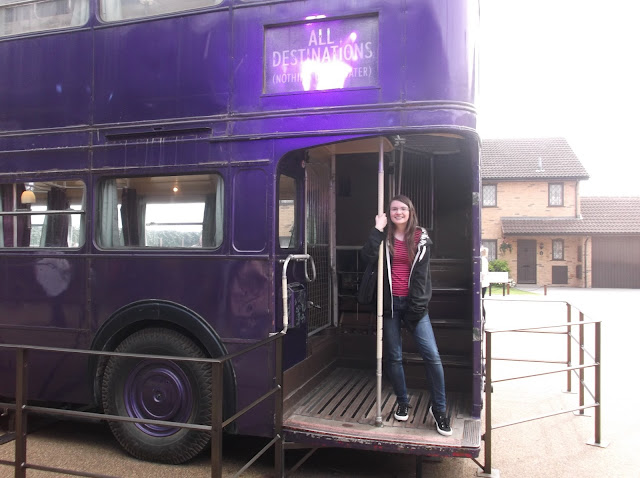 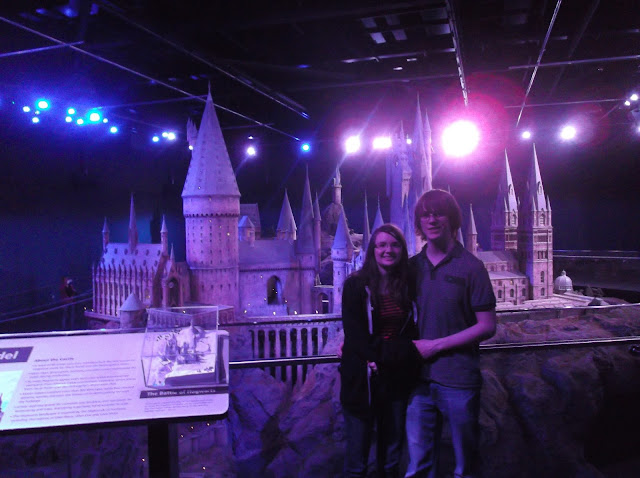 Also: Matilda the Musical. This book/film has been a favourite of mine since childhood. Everything about the story, the characters, the message just put me in a good mood. So I came to watch this one with mixed feelings. Would I be bowled over? Or leave feeling severely disappointed. As a musical it had a lot of potential to succeed, but also a lot of potential to completely flop. My first impressions came from the rather impressive set as I sat in my seat. We were surrounded by letter tiles and spent the long wait before the show started trying to spell words which would give us a clue of what was to come.

The show began and I was instantly a little disappointed with my seat. Not because of the view, but because it was difficult to hear the onstage action, particularly when they were singing. However, overall I did enjoy myself. Memorable highlights included 'The School Song' (our minds were blown by the clever incorporation of the alphabet), 'My House', 'Quiet' and 'Miracle' which is the catchiest song in the show. I worried that having Trunchbull played by a man and singing and dancing would make her funny rather than scary, but I was satisfied, particularly in the second act when her dark past is revealed (and the kids in my row were terrified!) Despite being unable to catch the clever lyrics during the actual performance, I made a fantastic purchase in the soundtrack and developed a new appreciation for some of the other songs such as 'Loud', 'I'm Here' and 'The Hammer'. The inclusion of the Acrobat and the Escapologist's story did baffle me a little at first, I'll be honest. However, I did really like it, and found that it very much tugged at my heartstrings in the same way that the film and book had done before. If you are fans of those, then I think you will definitely enjoy this show as long as you are willing to be a little open-minded about some of the changes in the story.

Other than that, I've had a small trip away to a nearby Seaside town, Dymchurch. We stayed in a caravan for a few days, played Xbox, watched films and generally acted like slobs which is exactly what I'd been looking for after my stressful year at Uni. I'm very much looking forward to a proper holiday in Corfu next Friday though! Hopefully there I'll find some actual sunlight, as the weather here can't seem to make up its mind at all.

I can only apologise for my profound lack of blogging, and suffice to say, I'm feeling rather sheepish. Many many things have cropped up over a rather busy year which have prevented me from keeping this up...until now!

So let me start with a brief catch up of my second year at Uni, which I have finished. I originally planned to restart this many a time but never quite got round to it, partly due to the large number of assignments that were being thrown at me left, right and centre. Having finished those and receiving all of my marks (I've passed the year with a barely scraped 1st, very pleased) I decided to get involved with the annual UCF (University Centre Folkestone) Musical, applying to be in the Stage Management team. Having studied both Production Techniques and Stage Management as part of my course this year, I've found that I've really enjoyed these subjects and am very much considering a career in this kind of work. Having Stage Managed a devised piece for one of the Third years (Link here: https://www.youtube.com/watch?v=tqczYHSpOd8 I highly recommend giving it a watch, the entire thing was written and directed by a very talented student who has just graduated) and helped back stage with a number of different shows which the University have put on, the Musical would definitely be the biggest I have done.

This years chosen Musical was 'The Witches of Eastwick', one that I had previously heard of and became very excited about! Needless to say, I was not disappointed. Despite the huge stress levels and bruises it entailed, it has been by far one of the most fulfilling and fun things I've done for a while, and has made me many new friends. For those interested, more pictures were taken by Jason Dodd and can be found here.

All in all, the whole thing was a wonderful way to say goodbye to not only the students leaving this year, but to the UCF campus as we are all moving to Canterbury. It's been an emotional rollercoaster, but well worth it (though it is nice to sleep again).

Perhaps this post was a little short but I'm tired. I am off to London from tomorrow for a few days to visit the Harry Potter Studio tours and to watch Matilda the Musical, which I hope to blog about when I get the chance! I would like to thank my little sister for getting me back into this finally (though it's now beginning to sound like an Oscar speech), and just a bit of shameless promoting, her blog is here. Give it a read, she'd be ever so grateful!

Posted by Chased By My Imagination at 00:18 No comments: