Book Review: A Myth To The Night; Cora Choi.

This has been on my NetGalley list for a while, and I was kind of intrigued by the idea of the plot, so I thought I'd give it a go! 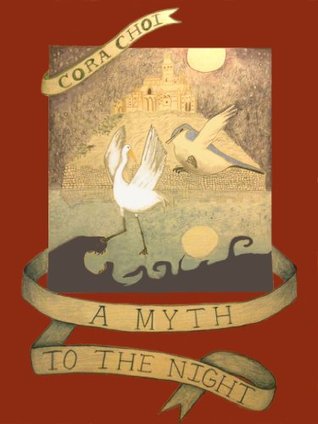 Once home to the illustrious Order of the Crane -- guardians of the world's myths and legends -- Stauros Island, now in the hands of the Order of the Shrike, is an elite university whose students are guaranteed positions of power upon graduating.

However, a dark curse hangs over the island: students are disappearing. The school officials declare it the work of a demon, and blame Hugh Fogg -- a young monk of the Order of the Crane who died 400 years earlier.

Could the spirit of a young man who died in 1615 come back to haunt an island and terrorise its students? If so, for what purpose? A Myth to the Night is Hugh's story and his struggle to see his mission complete.


What I Disliked:
Overall Conclusion:
I really didn't enjoy this read, sadly. The concept was very different and had a lot of original elements to it, but it was not executed well at all which was sad. I'd have liked to see a slower pace, tidier plot and better developed characters as I think this could have had some potential with these things!
Posted by Chased By My Imagination at 20:00

Email ThisBlogThis!Share to TwitterShare to FacebookShare to Pinterest
Labels: A Myth To The Night, Book Review, Cora Choi