This has definitely been a month for straying off the path. I set myself a list of things I'd love to read (still do want to) but ended up delving into a few other titles instead. Only two of this month's four reads were from the reads I planned! That's how I like to do my reading though! I'll aim for better in April.

This month I read two books for the Beat The Backlist Challenge, making my yearly total so far nine.

I read two books for the New Release Challenge, making my yearly total so far four.

I read four books for the Netgalley & Edelweiss Challenge, making my yearly total so far nine. 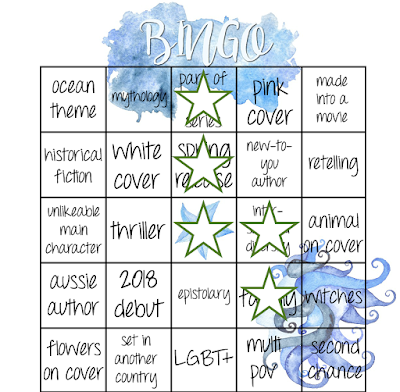