Once again, I managed a good five of my seven planned reads. It's a little disappointing because I know I could have managed more if I'd not spent so much time getting round to a couple of them. Still, I'm pleased that I got this many and actually, I had a really good month for reading!

This month I have read three books for Pretty Deadly Review's Backlist Challenge, bringing my yearly total so far to thirty eight. This month's reads were:

- 'China Dolls' by Lisa See
- 'If I Fall, If I Die' by Michael Christie
- 'A Monster Calls' by Patrick Ness

This month I have read two books for Falling For YA's Netgalley & Edelweiss Challenge bringing my yearly total so far to fifteen. This month's read was:

- 'As I Descended' by Robin Talley
- 'If I Fall, If I Die' by Michael Christie

This month I have read two books for [un]Conventional Reviews' New Releases Challenge, bringing my yearly total so far to fourteen. The books I read were:

- 'As I Descended' by Robin Talley
- 'The Graces' by Laure Eve

This month I have read one book for Daily Prophecy's Retelling Challenge, bringing my yearly total to ten. The books I read were:

- 'As I Descended' by Robin Talley 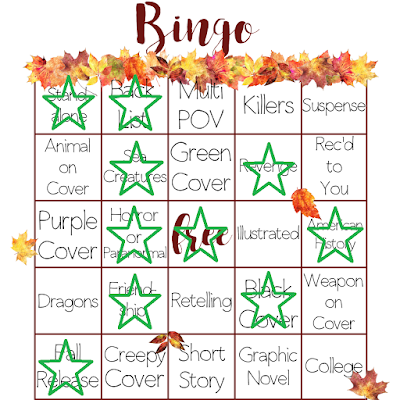