For those that are still sticking with me after Part One, bravo! I know it was a pretty long post, even for me. I'm so excited about all the places I've been however, that I really want to share them with you! So on to Part Two, wherein I visit Paris, France. This was actually a trip that my wonderful boyfriend Mat booked for my birthday, which was on the 13th. It meant that I was in another country for the first time on my birthday, which was a strange experience. We didn't actually leave until the 12th May, so on the 11th we spent a lot of time just recovering from the journey back from Crete, and packing for our next trip. It was nice to spend a day back in our Flat and relax.

We got up on the 12th quite early and left for the station to catch the Eurostar. I couldn't believe how quick the journey to Paris itself actually was, particularly going through the Channel Tunnel. I expected it to feel so much longer! We encountered a little bit of confusing when it cam to grabbing tickets to the Metro/RER Station we needed but we ended up getting to our hotel okay and I was so impressed! Our room was gorgeous, and because the one we had booked had been a little late, they upgraded us! I was so impressed with the service we received from there. 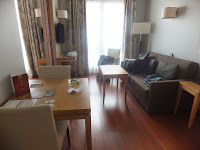 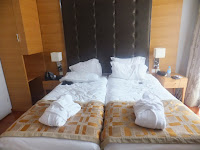 Of course on the 13th, my actual birthday, I had no idea what Mat had planned. I was so shocked and delighted to find that he had bought tickets to Disneyland, somewhere that I have never actually been to and always wanted to see. Disney films are a huge part of my life, and I absolutely adore them! We started off in the Walt Disney Studios Park which proved to be really interesting. I'm really interested in the process behind films, and the behind the scenes stuff that happens as well as the films themselves. Some of the more enjoyable rides/attractions included 'Armageddon: les Effets Speciaux', 'Studio Tram Tour: Behind The Magic' and 'The Twilight Zone Tower Of Terror'. I chose the first two in particular for their amazing insight into both special and physical effects in films. While there, a wonderful band played and we heard familiar themes such as the '20th Century Fox' theme, 'Star Wars' and 'You've Got A Friend In Me'. 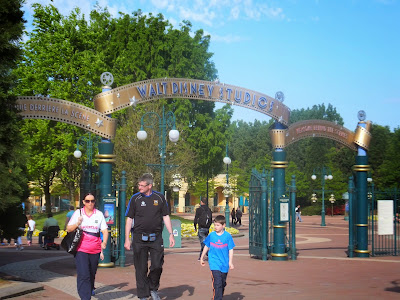 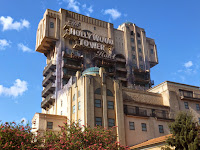 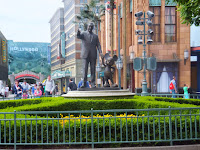 Next we headed over to the main park, split into four sections (five if you include 'Main Street, U.S.A') and my favourite part of the day. There were so many rides and so much fun to be had here I feel so lucky that I got to be a part of it! In one day I explored Alice's Labyrinth, watched a Disneyland Parade, visited Sleeping Beauty's castle, took a trip on a Star Wars tour (this was definitely Mat's favourite part, he adores that franchise), ate in the Hakuna Matata cafe and had a close encounter with a Dragon. I had a fantastic time and this definitely makes one of the best Birthdays I have ever had! 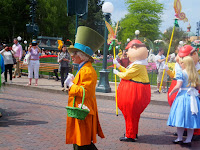 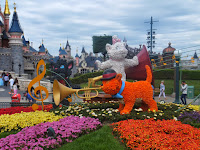 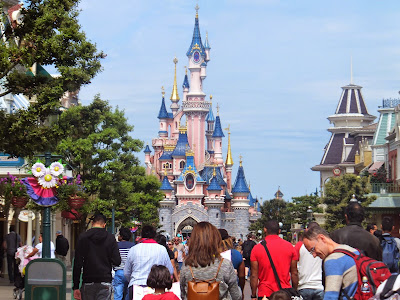 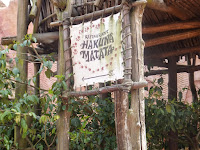 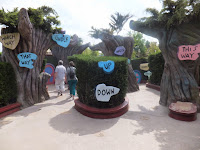 The day after my birthday, on the 14th, we decided to go back to central Paris and see some of the popular sights! Firstly, we made our way to Notre Dame Cathedral which was absolutely beautiful. I did feel a bit guilty going inside, as there was a service going on at the time, but it was a gorgeous building and it certainly rendered me awe-struck. Our next stop was the Louvre museum, where we saw a whole bunch of Art and Antiquities from various time periods. Of course we made time to see the Mona Lisa, as well as a couple of other famous pieces. I couldn't believe how large the collection (and the queue) was! Our final stop was the Eiffel Tower and I was blown away by just how big it actually was! I was too scared to go up to the top, but we got some lovely photos! 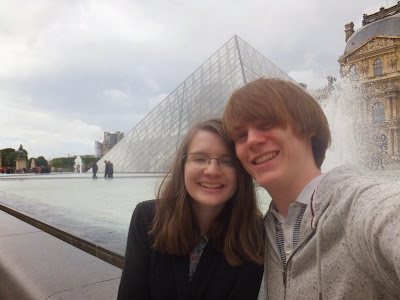 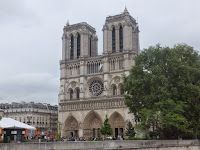 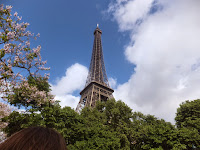 The last day of Paris was spent shopping in the centre and village next to our hotel. I managed to come away with a fair few new tops, and even better, a brand new watch courtesy of Mat! We had lunch, followed by Ben and Jerry's ice cream, and then headed onto the train back home to London. We didn't arrive home until late evening and were quite tired so didn't go to bed too late. That marked the end of a wonderful trip that I am very lucky to have gone on!

As this post runs until the 17th May, on the Saturday Mat and I relaxed a lot. Our holidays were lovely but travelling really takes it out of you and we had done a lot over the last couple of weeks. On Sunday, my parents came to visit and brought with them a whole host of goodies for me from various members of my family. I have already posted a huge great post on what I received, so check that out if you're interested!