I am so proud of my December reading this year! I managed to get through so many reads, some on my original list for the month, and some that I've been wanting to read for ages! I got round to nine whole reads this month! I'll admit a few were pretty short, but I'm super proud of my productive reading month!

This month I have read three books for the Netgalley & Edelweiss Challenge, bringing my yearly total to thirty. My reads were:

This month I have read zero books for the 2017 New Releases Challenge, bringing my yearly total to fifteen.

This month I have read zero books for the LGBTQIA Challenge, bringing my yearly total to eleven.

This month I have read three books for the Diverse Reads Challenge, bringing my yearly total to thirty seven. My reads were: 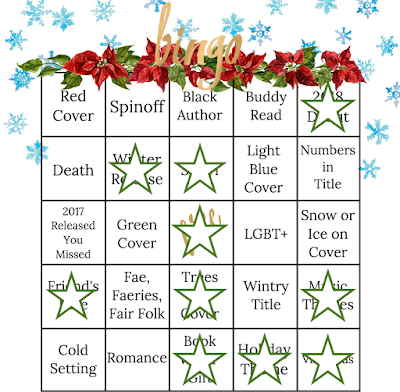