What a fantastic first month of the year I have had in reading! When January began, I set myself a challenge of six books, as well as finishing my crossover book. I actually managed six of the seven and I'm extremely proud because this marks a good first step in better time management, and catching up with things! I'm going to be doing this post a little differently this time, so without further ado: here goes!

- 'The Mistletoe Bride & Other Haunting Tales'
- 'All The Birds, Singing'

All in all, not a bad start to the year! Of course there is my Bookish Bingo challenge to consider as well, and here is how I'm doing so far! 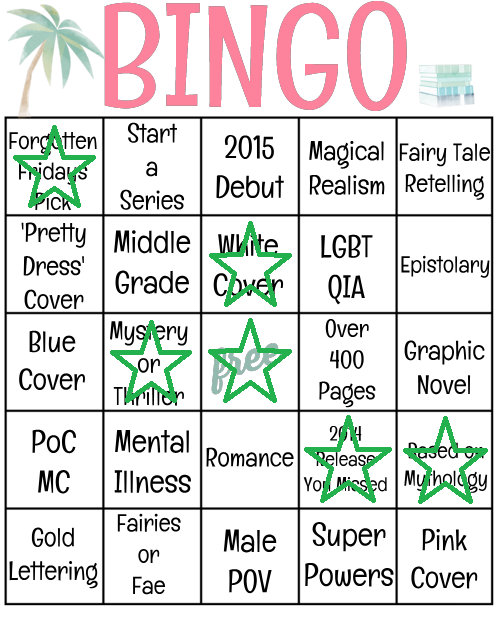