Six Degrees Of Separation (This Book Will Save Your Life; A.M. Holmes)

This month's first Saturday falls on February 7th, so I bid you a warm welcome to the second Six Degrees Of Separation post of 2015! This game/challenge never gets old for me! It's hosted by Emma J. Chapman and Annabel Smith, and really is a lot of fun! 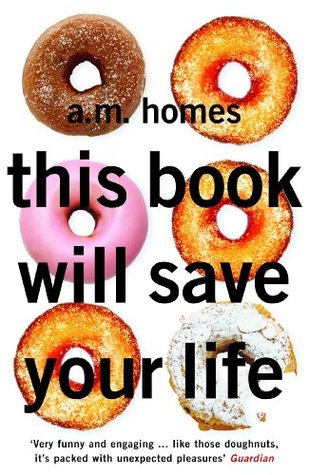 This month's chosen book is 'This Book Will Save Your Life' by A.M. Holmes, and it's yet another book that I haven't read! The plot synopsis does sound good though and I would probably enjoy it! Plus, those doughnuts look delicious!

To start with, 'This Book Will Save Your Life' was shortlisted by the Richard & Judy Book Club in 2007. The most recent bout of books listed by the same book club included 'The Miniaturist' by Jessie Burton, a recent read of mine! As well as that link, the two books seem to be linked by the fact that both contain rather strange happenings, and contain characters that are determined not to follow the path set out for them and try to change the course of their lives.

The next book I have chosen is yet another good Historical Fiction read, 'Pure' by Andrew Miller. If you are a fan of the genre, I thoroughly recommend both books! 'Pure' is a little darker, but does also contain an element of the inexplicable in it's plot-line.

I read 'Pure' at the start of last year (February time in fact) but it was not the first book I read for this blog. Jack Wolf's 'The Tale Of Raw Head & Bloody Bones' was and I thoroughly enjoyed it! Both books are Historical Fiction of course, but more importantly, they both have a Gothic, dark overtone. Their front covers are pretty similar (creepy men surrounded by many birds) and to me, they were very unique in their style and story-line.

'The Shock Of The Fall' by Nathan Filer might seem like a bit of a swerve in a completely different direction but don't be fooled. While one book is set in the present, and the other in the past, both are about a young man suffering with mental illness and trying to engage in society. It's so interesting to compare the differences between the two! In both books, it becomes difficult to tell what is real and what is purely imagined. I loved and gave both books five stars!

Let's take a different path now. 'The Ocean At The End Of The Lane' by Neil Gaiman has one major thing in common with 'The Shock Of The Fall'. Both are told from the POV of a man. As well as that, both males are trying to tell the story of how they got to the point they are at through flashbacks and stories from a long time ago when they were much younger. I love the way that the boy's parents play a huge role in both stories too!

'The Ocean At The End Of The Lane' has been frequently placed in the genre of Magical Realism (for pretty obvious reasons). When thinking about that genre, only one book comes to mind: 'One Hundred Years Of Solitude' by Gabriel Garcí­a Márquez. This book is written by an author who is famous for working with and producing books that contain Magical Realism throughout. I found this particular book a little hard to get through, but the connection was too blatant to ignore!

I'm really quite pleased with this list, it has a lot of great books in it that I would thoroughly recommend! I honestly thought I would get stuck with this one but it would seem that the title was less problematic than I first imagined it would be! I can't wait for next month's choice!
Posted by Chased By My Imagination at 10:53