Yet another book that I took a long time to get round to and absolutely adored! 'Angelfall' really impressed me in so many ways, and it's certainly my favourite book including Angels right now! Also, I'm entering into the 'Key Word' challenge for including 'Fall' in the title, and the 'Monthly Motif' challenge too.

It's been six weeks since angels of the apocalypse descended to demolish the modern world. Street gangs rule the day while fear and superstition rule the night. When warrior angels fly away with a helpless little girl, her seventeen-year-old sister Penryn will do anything to get her back.

Anything, including making a deal with an enemy angel.

Raffe is a warrior who lies broken and wingless on the street. After eons of fighting his own battles, he finds himself being rescued from a desperate situation by a half-starved teenage girl.

Traveling through a dark and twisted Northern California, they have only each other to rely on for survival. Together, they journey toward the angels' stronghold in San Francisco where she'll risk everything to rescue her sister and he'll put himself at the mercy of his greatest enemies for the chance to be made whole again.

What I Disliked:
Overall Conclusion:
This is a really great start to what looks to be a promising series! I sure hope I can get onto Book 2 soon, because this one has really pulled me into this story and that ending really makes me want to see that everything turns out okay (please?). The main characters at least were very strong with a believable romance building, and the plot and world-building impressed me massively. Ee's writing is pretty good too. I wish that the surrounding cast had been a little more complex, but I'd be intrigued to see how Ee handles them in 'World After'. 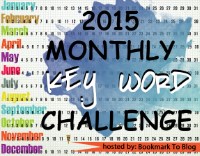 Posted by Chased By My Imagination at 20:13