This ended up being one of the busiest weeks I've blogged about in a long time, because I've ended up doing so much! The week before Christmas is always ridiculously busy for me, especially as so much falls on this week. I didn't work all that much because I had most of the week booked off! I promised you all I would have a ton more to talk about this week, and here it is!

On Monday 14th, it was Mat and I's six year anniversary, so we decided to spend the whole day out in London. Our first stop was the Coningsby Gallery to go and see a Harry Potter exhibition, which focused on the graphics used in the films. It was amazing to see these pieces close up, and take a good hard look at the huge amount of detail that went into them! We saw Weasleys' Wizard Wheezes adverts, articles from The Daily Prophet & The Quibbler, and even the Family Tree of the Noble House of Black. I bought a book that had a picture of all of them in it so that I can refer back, and all in all it was not something to be missed by an avid Harry Potter fan like me! 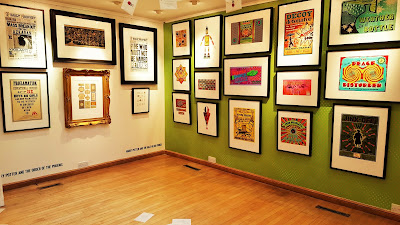 Next up was Regent's Park. The gallery was much smaller than we had originally thought it would be, so this was originally an unplanned destination. However, I'm so glad that we went! The gardens were probably not as lovely as they could have been as it is Winter, but there were still some stunning views and it was lovely to see so much green in London! We spent quite a long time there and the highlight of the place was probably the overly friendly squirrels (though there is something disconcerting about a small army of them bounding towards you because they think you have food). After our walk we headed to Le Pain Quotidien for a quick bite to eat. I had some lovely scones and steamed chocolate milk. Delicious! 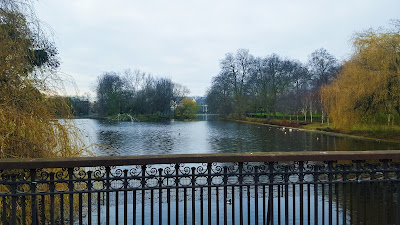 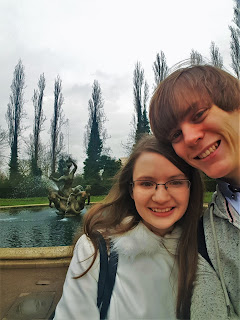 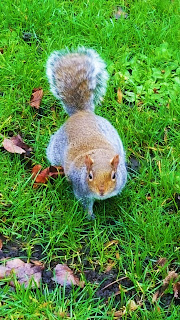 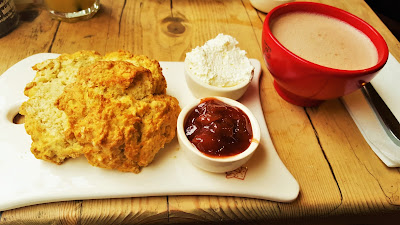 In the evening, Mat and I headed over to the Southbank to visit a couple of Christmas markets. That area of London is probably my favourite as it is so beautiful, especially in the dark. I nabbed a couple of presents for my friends and drank a cup of yummy hot chocolate. After finishing up there, we headed off to Brick Lane for one of their famous curries. The food was so good and it was a really enjoyable night out. 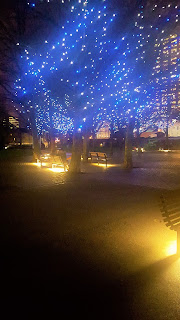 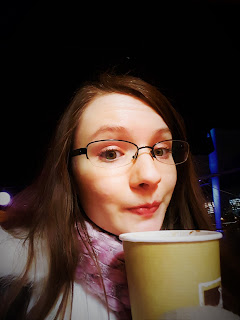 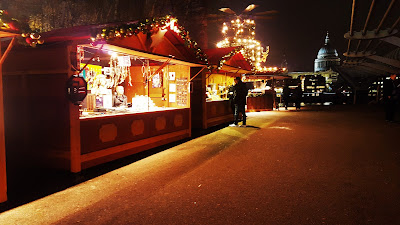 The next day was Mat's birthday. We didn't do a huge amount throughout the day due to our adventures the day before, but we did go out later that evening with Mat's family. We ate at Jamie's Italian in Westfield, Stratford. The food was delicious and it was really nice to catch up with Mat's family (I hadn't seen them in a while). I worked for the next two days, though did find time to go and see the new Star Wars film! It was awesome, I thoroughly recommend that you go if you haven't seen it already!

I had booked Friday off of work too so that I could have an early Christmas with my Flat Mates and Mat! To begin with, we went to Lady Dinah's Cat Emporium as a belated Birthday present for Meg, and it was so much fun! The cats were feeling pretty sleepy (there are about six or seven living there) but a couple of them came out to play with us and one of them slept next to us for the whole time that we were there! The food was delicious too, and it was so lovely to hear each cat's individual story and see them so well looked after. I would love to go back again! We returned to the flat where Mat cooked us a lovely roast dinner and then we settled down to watch films, swap Secret Santa presents and play games. 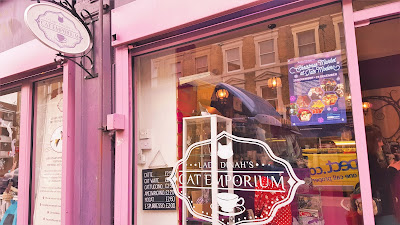 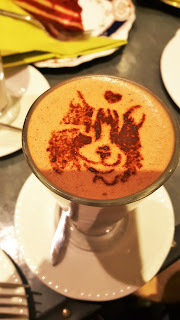 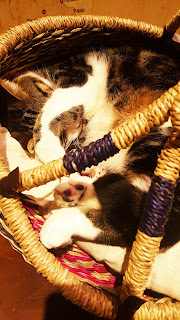 This week has been really fun for me, though it left me with little time to do a whole lot else (Blogging, Reading etc.). Still, sometimes it's nice o relax and have a break! I've certainly enjoyed it!

Top Ten Tuesday: The Best Books That I Read In 2015

The One Lovely Blog Award!
Posted by Chased By My Imagination at 12:28