What an improvement on December! Guys I'm so excited because I'm pretty sure this is the first time ever that I have managed to beat the schedule and read all seven of the reads that I planned to! I managed my time a lot better this month which was part of the reason I'm sure.

This month I have read three books for Pretty Deadly Review's Backlist Challenge, bringing my yearly total so far to three. This month's reads were:

This month I have read two books for Falling For YA's Netgalley & Edelweiss Challenge, bringing my yearly total so far to two. This month's reads were:

- 'Dot' by Araminta Hall
- 'This Raging Light' by Estelle Laure

This month I have gained twelve points for Novel Heartbeat and Writer Grrl Reads' Prequel & Sequel Challenge, bringing my yearly total so far to twelve. This month's points were as thus:

This month I have read two books for [un]Conventional Reviews' New Releases Challenge, bringing my yearly total so far to two. This month's reads were:

This month I have read two books for The Daily Prophecy's Retelling Challenge, bringing my yearly total so far to two. This month's reads were:


Here's how my Bookish Bingo and Story Sprites boards are looking right now! 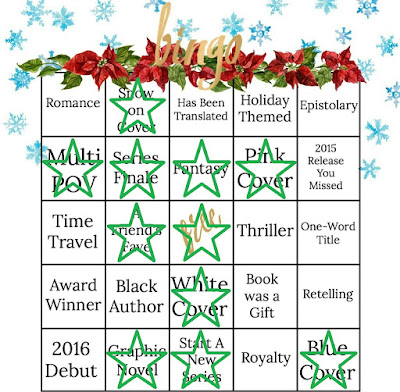 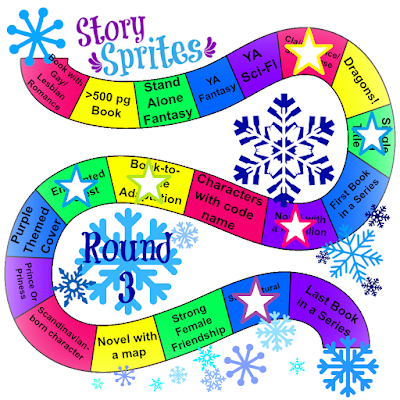