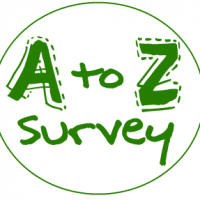 I actually saw this on my sister's old blog a while back and really liked the idea. Today, I find myself totally tired out with not an awful lot to do, so I thought I'd give it a go myself. It looks a lot of fun! Feel free to try this out as well, there are no tags. Anyone can take part, but if you do decide to do it then please write me a comment so I can check out your answers!

- Author you've read the most books from:
Oh now that is tough. It would probably have to be Tamora Pierce, I've read an absolute ton of her books, and would happily read them all again!

- Best sequel ever:
I didn't know the questions were going to be this hard! I did really enjoy the second book in the Daughter Of Smoke & Bone trilogy by Laini Taylor, 'Days Of Blood & Starlight'. Either that, or Christopher Paolini's 'Eldest', the second book of the Inheritance Cycle. That was an awesome sequel!

- Drink of choice while reading:
Tea. Definitely tea. Next question!

- E-reader or physical book?:
I love physical books, it makes me happy to actually turn a page. But E-Readers are so useful.

- Fictional character you probably would have actually dated in high school:
Oh goodness. I probably don't really go for the conventional characters, and I read a lot of Fantasy so my 'book crushes' probably don't even attend High School. I think I'll go for Isaac from 'The Fault In Our Stars' here because I think he is just so sweet, he makes me laugh and he remains pretty upbeat considering the tough time he has. He is extremely loyal as well, an attractive quality!

- Glad you gave this book a chance:
'Thereafter' by Terri Bruce. It was the second book in the series, the first of which, 'Hereafter' I didn't get into very much. I had received a free copy from Netgalley though and thought I might as well give it a go and I'm so glad I did! I enjoyed reading this one so much more! In fact, I can't wait until the next one comes out!

- Hidden gem book:
'The Tale Of Raw Head & Bloody Bones' by Jack Wolf. Not many people seem to have heard of this book, let alone read it, and I really think that more people should! It's one of my favourites, very Gothic with a pinch of horror that keeps you on your toes. It blends Historical Fiction with Fantasy rather well and at the end of it, it is a well-researched and beautiful tale about Mental Illness and how humans can learn to overlook each other's problems and pasts in the name of true love.

- Important moment in your reading life:
Starting up again after a year or two without doing an awful lot. Tragic! Thank goodness for this blog!

- Kinds of books you won't read:
I really do not like Chick Lit and Erotica. I find them too predictable in both the romantic situations and the constant sex. I like books that have a bit more depth to them.

- Longest book you've read:
I actually just went through my Goodreads 'Read' list and found out the answer to this! It was Stephen King's 'IT' at a whopping great 1,376 pages. Man, I remember reading that book and convincing myself that the more pages I read, the bigger it got!

- Major book hangover because of:
I'm still recovering from a pretty big Book Hangover after reading Roth's 'Divergent'. The last book that literally almost crippled me with the Book Hangover it gave me though was 'Stolen Songbird' by Danielle L. Jensen. I think I am still suffering with that one!

- Number of bookcases you own:
Well I have a few shelves scattered around the room and a cabinet where I keep most of my books. I don't actually have a Bookcase in my room, though I did once! It's on the landing now!

- One book you have read multiple times:
I don't tend to find time to read a book multiple times, but I have definitely read some of the books from the 'Harry Potter' series more than once. 'Harry Potter & The Order Of The Phoenix' is my favourite!

- Preferred place to read:
In bed, snuggled up in blankets.

- Quote that you like, from a book you've read:

"I wanted to tell the book thief many things, about beauty and brutality. But what could I tell her about those things that she didn't already know? I wanted to explain that I am constantly overestimating and underestimating the human race-that rarely do I ever simply estimate it. I wanted to ask her how the same thing could be so ugly and so glorious, and its words and stories so damning and brilliant."

From The Book Thief, by Markus Zusak.

- Reading regret:
The fourth book in the Twilight series, 'Breaking Dawn. I didn't really enjoy the first three, goodness knows what possessed me to try the fourth one out. It was the worst one of the lot in my opinion.

- Series you started and need to finish:
There are so many of these. Some of the book series I've started while writing this blog include the Daughter Of Smoke & Bone trilogy (Laini Taylor), the Divergent series (Veronica Roth), The Grisha trilogy (Leigh Bardugo) and the Benedicts series (Joss Stirling). I also have series that I started an absolute age ago and would really like to continue on with, one prime example being my absolute need to finish The Inheritance Cycle by Christopher Paolini. I only have one more book to go!

- Three of your all-time favourite books:

- Unapologetic fangirl for:
Ha! Where do I begin? I'm going to say that currently, The Game Of Thrones series comes to mind (both TV show and book series).

- Very excited for this release more than all the others:
I'm always excited for new releases! 'Alias Hook' by Lisa Jensen is one that keeps popping up on my radar though! It looks like a fantastic re-telling of the story of Peter Pan. And it's released tomorrow!!
- Worst bookish habit:
Saying I will read something, then not doing so. I really wish I would get good at sticking to my own schedules!

- X marks the spot: Start at the top of your shelf and pick the 27th book:
'The Sight' by David-Clement Davies.

- Your latest book purchase:
I actually bought a Kindle read today (I say bought, it was free), which was 'Moth' by Daniel Arenson. The last book that I actually paid for was 'One Hundred Years Of Solitude' by Gabriel Garcí­a Márquez for £2.99 (also a Kindle read) and the last physical books I bought were way back in April, 'Half Bad' by Sally Green, and 'Mother, Mother' by Koren Zailckas. I still have yet to read them!

- Zzz snatcher book (last book that kept you up WAY too late):
Probably 'Paper Towns' by John Green. I stay up quite late anyway but I think that one kept me up a further hour or so in order to get it finished!
Posted by Chased By My Imagination at 15:07