Sundays are not normally known for being exciting. But this one was. Firstly, I won another Goodreads book. I'm getting quite good at this now, it's called 'The Ruby Slippers' by Keir Alexander. It really caught my eye when I entered for it and I'm really glad that I won it! I cannot wait till it arrives! I'm not making very good progress with 'Wolves' as it stands, but that's because I've been so busy today doing other things that I haven't had time to do any reading at all. Firstly, I wrote a January/February Wrap-Up Post for the 2014 'Real Book Challenge I've entered. I'm annoyed at myself for not doing it sooner but there you go, next time I will! Straight after, I wrote my 'Weekly Wishlist' (number 2). I do really enjoy doing these, they're something a bit different to do!

Right, so time for the really exciting stuff. I have finally finished my script for my Multimedia project. I feel like singing from the top of a mountain right now, I'm that excited and happy that it's done! It is my first script that is going to be performed to an actual audience and I just hope that everything will work out the way that I would like it to! As well as my own progress, I had a chat with my Music man and he's got some great ideas which I'm excited to hear, and my Art lady has sent me some more pictures. I won't share them all, but here are more complete versions of the environment shots I posted in an earlier post to give you an idea. What a talented lady! 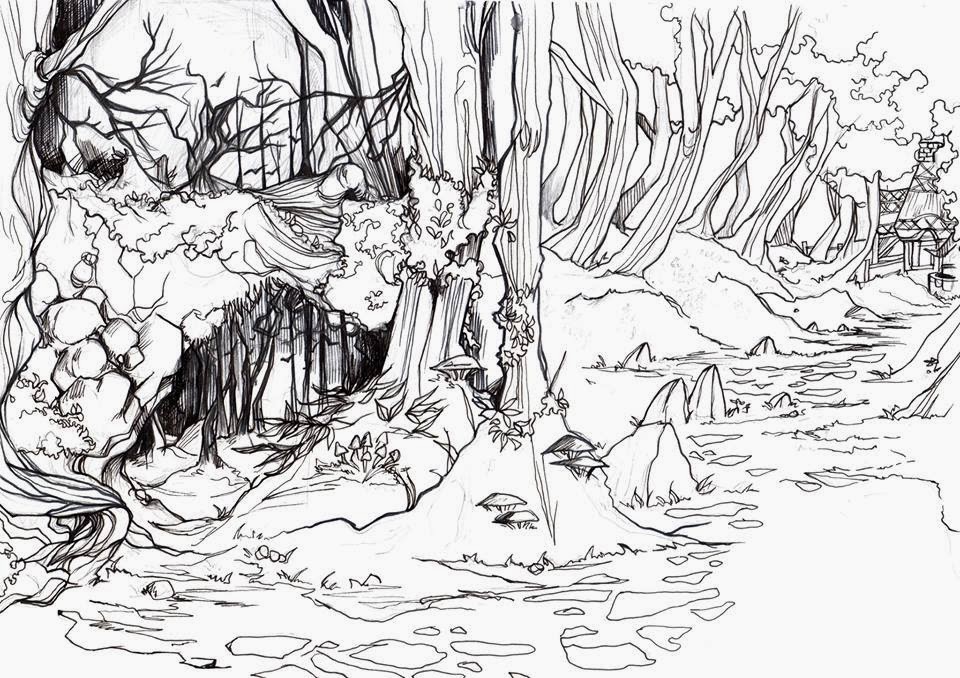 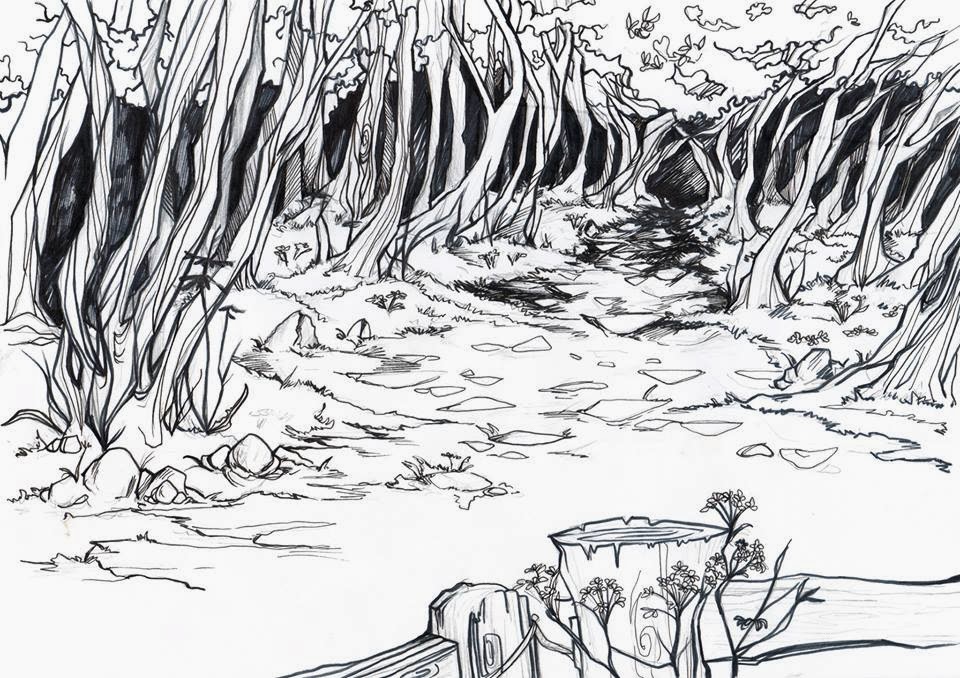 I wish I could draw like this. All in all, a nice productive day. I've been spending a lot of time with my sister who helped me sort out the script properly and we even went on an 'Emergency' road trip to the petrol station for fuel (which I needed) and chocolate rations (to get us through the evening). I don't even mind that I have Uni followed by work tomorrow, or that it's tipping down with rain. Today has been so good that I feel a lot better and much less stressed than I did before. I think I will audition for the Musical on Tuesday, I feel like fate is trying to tell me something by offering the second open auditions.
Posted by Chased By My Imagination at 23:48