So despite the fact that I'm literally about to finish my book and really should get it read and reviewed today, I need to do this as well. If I don't, I know I'll forget! So here is my sixth Weekly Wishlist!

1) 'Journey To Agartha' DVD. I have a bit of a thing about animated films. This particular one has been on my list for a while, and I have gone to buy it a lot, then put it off. It looks very good and comes highly reviewed! What could be better than the prospect of beautiful Japanese animation and an enchanting story-line involving magical lands and mythical creatures? This isn't a Studio Ghibli one either, so I thought it made a nice change!

2) 'Shadow And Bone'; Leigh Bardugo. I don't think there are many bloggers or readers that haven't heard of this book. I've literally seen it everywhere! But I'm hoping it isn't just me that hasn't read it yet, I'm pretty sure it's not! It comes so well reviewed and with such an intriguing story-line that it was a bit of a no-brainer as to whether I would include it on this list or not! In fact, while writing this list, I just found out it is only £0.99 for a Kindle copy!

3) 'Graceling'; Kristin Kashore. I heard of this book a long time ago, never read about it, and without Goodreads to organise my reading life, promptly forgot about it. Recently however, it appeared on my recommended reads and my yearning to own it instantly came back! I want this book!

4) 'LEGO: Marvel Superheroes' Game. I am massively in a Marvel mood after yesterday's trip to watch Captain America: The Winter Soldier'. I've actually played some of this game before, with Mat. It was a lot of fun and I would consider it to be one of the better (if not the best) LEGO game out there currently! Of course I am wishing for it so I can play it again! 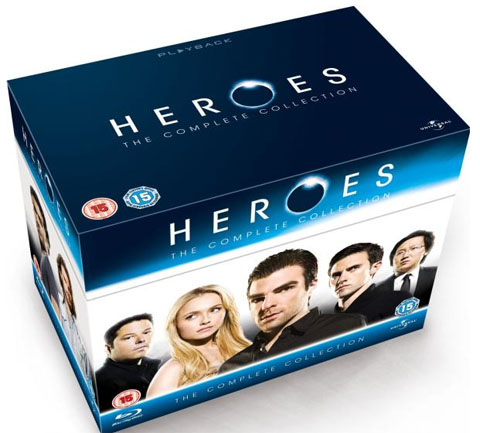 5) 'Heroes' Box Set. My sister and I used to watch this series a lot and really enjoyed it. For some reason we stopped, not because we weren't enjoying it, in fact I don't remember why! But I would love to re-watch and get back into the whole series, it really was very good! I'm a bit of a superpower/superhero geek as well so perfect for me!

So I've done six of these wish lists now, doesn't time fly? I really don't feel like I've been blogging all that long but it's been about three months now! Wow! Now, back to reading.
Posted by Chased By My Imagination at 15:32